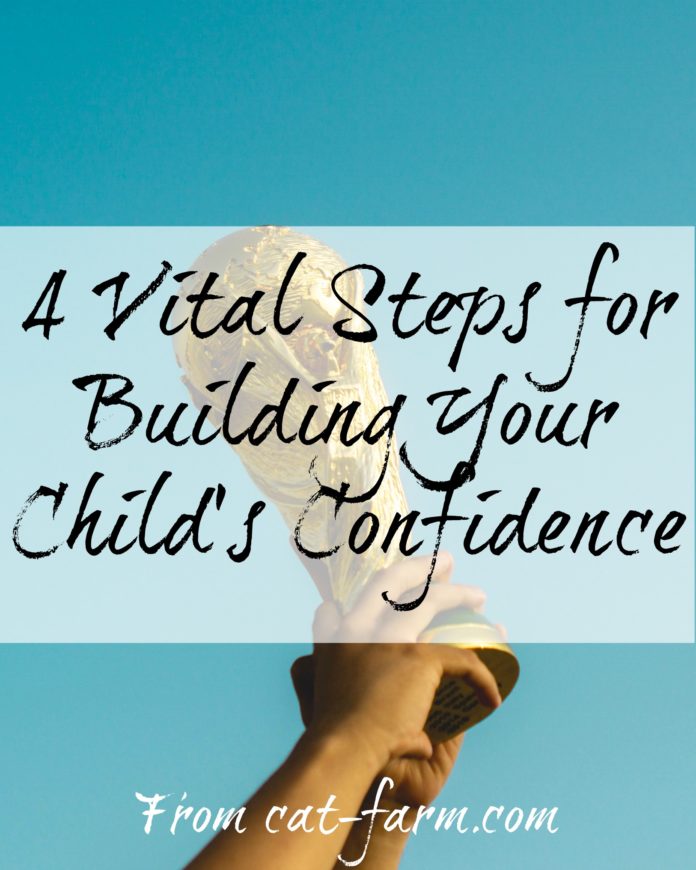 This last school year was super rough for my kiddo, academically and socially.  He experienced bullying, the loss of his best friend due to a falling out, seeing his best friend find a new best friend, and the struggle of trying to find his place in the social hierarchy that is almost-middle-school.  That’s a confidence killer for anyone, but for an ADHD kiddo who is super sensitive and has very high levels of empathy, it was awful.

At the beginning of the school year, he rode the bus to school.  He had friends whose parents drove them to school every day, and I could not figure out for the life of me why they would subject themselves to such an extra task when there was a perfectly good bus that picked them up right at the corner of the street.  Soon enough, I learned.

The bus—at least from my current perception of it—is a cesspool of toxic words and actions flying like daggers from all directions. It’s complete demonic chaos in which everyone fends for themselves, sort of a “purge-like” situation, if you will.  Overdramatic? Sure, but I never claimed to be under-dramatic.

Anyway, there were some serious social issues and disciplinary insufficiencies on that bus; so, in an effort to lift his depressed mood (which was getting severe) and reduce his anxiety, we pulled him from the bus and joined the ranks of those crazy parents who were always doing the most.

We needed to find something to add though.  Removing him from the bus was only going to further isolate him from his peers.  In the past, we had so much trouble with his academics and homework that we denied him of any extracurricular activities. He would already mentally be at practice during homework time, and he’d fly through it. Then, he would be rewarded for poor work by getting to go play and have fun with friends for a couple hours. It didn’t seem logical.

Then we met with his neuropsychologist.  She explained that we needed to find an area in which he excels and to encourage the heck out of it.  We were to find ways to get him to engage in that skill, and to surround him with other kids who also enjoy that specific activity.  Basically, let him have that one thing to be completely noncontingent on anything—behavior, grades, etc.

This made so much sense. If you feel academically inadequate and socially isolated, what more is there for you?  (Especially if you’re a pre-teen boy.)  It didn’t take but five seconds for me to figure out what to do.

My child can run.  He is one of the smallest fifth-grade boys in the district, but he can run a six minute and 37 second mile.  Put him in a 5K, and he’ll place in his age group every time.  That’s exactly what we did.  We got him entered in every race that I ran and even some that I didn’t!  And he placed in every race. (FYI: A medal rack full of shiny round things is a great confidence builder!)

Then, we got him into track. Middle school sports are weird here in FL—well, weird compared to my Pennsylvania hometown ways of doing things. Technically, middle school consists of grades six through eight, but fifth-graders can try out to make the “varsity” team.  If they make it, they can travel with and compete with the middle schoolers.  My tiny, mighty man made it! (Not that I doubted him.)

Making the team was paramount to the rest of his school year.  His confidence definitely grew, and the camaraderie with his teammates made him feel like he finally had a place.  At the start of the season he was actually hesitant to take up the sport.  By the last meet he was so connected with his teammates that he actually cried because the season was over. (Don’t tell him I told you.)

Here are four vital steps to building your child’s confidence:

If you’re unsure what that might be, ask the child’s teacher or other caregivers.  This needs to be something your child enjoys doing.  Being good at something is fine, but if it’s not your cup of tea then it’s just another day job.  Maybe he loves doodling on notebooks, building with Legos, baking with an Easy Bake Oven, or playing a specific sport.  *I don’t count video games for my own kids, because I strictly limit their game time.

2.  Find a way to make that activity social.

Having a common interest is the best and fastest way to make good quality friends.  This is true for all humans, regardless of age.  Involving your child in a group of like-minded peers (examples: art class, science club, sports team, scouts, martial arts) will not only help her see the value in her strengths but will also help her to feel that she has a place.  Having good friends will reinforce practicing the skill and encourage growth; and, doing what she loves with her peers will reinforce confidence! Talk about intrinsic motivation!

In my article about reinforcement and punishment, I discussed how the punishment is only punishment if the item/activity being taken away is as valuable or more valuable to the child than the behavior you’re trying to decrease.  According to this principle, taking away gymnastics (Susie’s favorite thing) because she got into trouble at school might seem right.  In this case, it’s not.  Why? Because confidence > grades.  This may not ring true in all cases—nothing is ever a cure-all—but for kids who struggle with ADHD and face the social side effects of it, it applies.  The ability to take part in the activity should be noncontingent upon behavior.

Help your child find different avenues to showcase his skill.  Is he a runner? Put him in some races outside of the school event calendar. Most 5Ks have fun runs for kids.  Is she an awesome bowler? Put her on a bowling team and let her compete in tournaments.  If we do enough digging, we can find an outlet for most any skill. Giving your child all the opportunities you can to show off his skill will not only help him grow in the skill and confidence, but it also shows him that you’re his biggest fan.  ADHD kids constantly face rejection and the feeling that they’re always getting things wrong.  To have the most important person in their lives take an interest in something they do—and even get excited about it—can be the thing that catapults them into being successful, confident, happy people.

Confidence is one of the pillars of happiness and success.  Feeling like we have an established place in the social hierarchy of life gives us realistic expectations of ourselves and others, and offers a safe and stable place from which to grow.  Identifying your child’s strengths and building on them as a firm foundation can only bring about positive change.

Also, click here for a fantastic way to teach your child kindness, creativity, and emotional intelligence in your child!

I can’t wait to hear how you bring out your child’s confidence!