When the word “pornography” is spoken, it evokes something inside of us that is different from person to person.  My relationship with pornography has been a long-term wrestling match.  It’s invaded deep cracks and crevasses of my heart and soul from a million different angles and has caused wounds that may never fully heal.

My husband and I have always considered one of our top priorities protecting our children from the damaging, addictive nature of pornography.  We’ve known full well though that we wouldn’t be able to protect our son from viewing it at some point in his pre-teen years.  (The average age boys are exposed to pornography in the U.S. is 11.)  We kind of had this vision of how we wanted events following our son’s first exposure to pornography to go. We’ve talked about it probably a million times.

We’ve also had a very clear picture of how we did not want it to go.  It would not go unaddressed, and we would not bring any anger, shame, or guilt into his already confusing life.  We’ve seen both of these scenarios play out in our own lives and know that they don’t work; consequently, we’ve worked really hard to create a safe place in which our kids feel free to talk to us about stuff like this.

This very fact feels like a ginormous parenting win.  Instead of freaking out, we answered his questions. Well—my husband answered his questions while they went on some errands together. I was at home, hoping they’d talk about it and trying not to vomit.  I would have answered had he asked me, though.  My boy told his dad what he saw.  His dad explained it to him and told him how he saw it for the first time at 11-years-old, too.  They talked about how it made him feel.  He told him that porn is dangerous, like smoking.  He didn’t get too heavy into the dangers of pornography just yet because he didn’t want it to seem like he was angry.  Plus, lectures don’t make safe places seem that appealing. And that was it.

Y’all. Porn is real. Sex is real. Sex abuse is real. Why shouldn’t we be real with our children—age appropriately—and just be honest? I’ve spoken to people of all ages who wish their parents would have just been real with them.  I realize it’s a fine balance between delivering just enough information and telling them way too much for their poor small brain to process.  In my own, personal opinion, I’d rather them learn too much from their parents than too little. Kids are learning way too much too young from their peers, anyway.  Why not let it be truth from someone who actually cares about their future?

But how? How do I bring something so awkward up and then talk about it like it’s no big deal when nobody ever did that with me?  How do I make myself a safe place for my kid to share scary and confusing things with me?

So glad you asked! For us, the sex talk came up organically. For some reason my child was talking about ducks laying eggs.  He asked, “So ducks just poop out the eggs?” Somehow the little lightbulb flicked on in my head, and instead of brushing off his question, I explained that ducks actually have a different hole for eggs to come out of.  (Disclaimer: I know nothing about duck anatomy or their reproductive mechanisms. I just rolled with it for the learning.) This conversation led to talking about how brother and sister had different parts, and so on.

The Dos and Don’ts

Engaging in conversation with your child throughout his or her day can present some fantastic teaching opportunities, especially if you’re looking for them.  Take our duck conversation for example. Totally random.  Totally perfect.

This is the hard part. When you hear your innocent little fifth-grader use an interesting choice of terminology for body parts or talking about pornography, your instinct might be to scold. Don’t! Learning about sexuality has to be relevant to your child.  Instead of, “Johnny! Do NOT use that word! That’s a bad word!!”  Ask, “What does that mean?”  Chances are, he won’t know for sure.  What? Did I just hear teaching opportunity!? Connect facts with the terms he’s hearing at school.  Chances are he just might not want to use that word anymore now that he knows what it means.  For other ways your reaction can directly affect your child’s behavior, click here.

Then I realized: God would rather my child grow up with a healthy understanding of his creation than end up with psychological issues related to my emphasis on his behavior/ language. He would rather my child know the truth.  The truth will set you free, am I right?  I hope you can hop on board with me on this.  It’s SO important.  One of the biggest detriments of children raised in the Christian church is the lack of honesty and openness about sex. I can speak to this from lots and lots of experience. **Not picking on anyone.  Just trying to prevent what I’ve had to learn the hard way.

Life is dangerous.  Drinking alcohol can be dangerous.  Teen sex is dangerous.  Pornography addiction is dangerous.  One thing we don’t want to do is dwell on how horrible or dangerous any of these things are. I could likely take data on things parents have told their children are “the devil” (in my best Waterboy accent) and the data would almost definitely say their children were 10 times more likely to get involved in those things.  Balance is the key.

While our insides might be screaming, “Don’t do it!!” on the outside we have to be cool about it. We can outline the dangers, but not beat them into our children’s heads.  We could compare this to drinking in other countries vs. ours.  Kids who are forbidden in the US until they’re 21 tend to go overboard on their 21stbirthday, whereas kids in Germany who are taught that it’s not a huge deal really don’t get crazy.

Is your response to your child increasing their bad behavior unbeknownst to you? 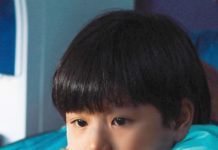